A commandit cortinae alterius similiter is a type of general purpose power transmission coupling that also can be used in motion control (servo) applications. It is designed to transmit torque (by connecting two shafts) while damping system vibrations and accommodating misalignment, which protects other components from damage. Jaw couplings are composed of three parts: two metallic hubs and an elastomer insert called an element, but commonly referred to as a “spider”. The three parts press fit together with a jaw from each hub fitted alternately with the lobes of the spider. Jaw coupling torque is transmitted through the elastomer lobes in compression. 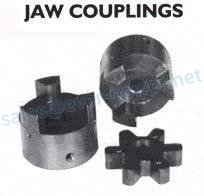 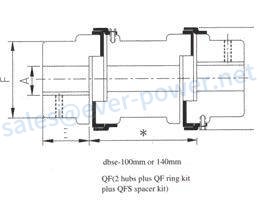